The fourth and last day in Branson we attended three shows. In the morning we were introduced to the Cat's Pajamas Vocal Band. We weren't to sure about them at first, but as it turned out they put on a great performance. I would go to see them again. They really went out of their way for our bus group. They greeted us before the show in their bath robes and after the show they came on the bus to say goodbye. 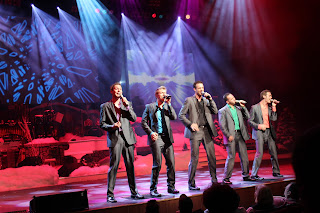 The second show of the day was a dinner cruise on the Showboat Branson Belle. We ate supper as the boat cruised around their local lake. After supper they put on a great variety show.
The star of this show was the multi-talented Janice Martin. 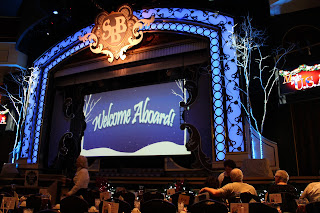 The third show of the day, in the evening was the Soji Tabuchi Christmas show. They put on a good show but by then we were "showed out."
Posted by Edward at 8:46 AM