Last weekend we drove to southwestern Ontario to attend a wedding. Along the way, I managed to fit in a few hours of research at the Brant County Museum in Brantford, Ontario. This museum is run by the Brant County Historical Society.

My main reason for being there was, that they have recently made available for public use the older Land Registry Copy Books for Brant Count, which includes Burford Township, where many of my ancestors settled and lived.

We were able to photograph the first two concessions of the copy books for Burford from the Crown Grant to about 1900 for lots 1 to 24.  We also photographed various lots along the middle townline of Burford. That would be specifically Concession 3, 4 and 5 from lots 10 through 15.

I noticed lots of entries for my families of interest, Kipp, Link, Rathbun, Ryder, Force, and Beamer.
It will take a few days to read them and pick out the information I want.

I also found time to visit my hometown of Princeton, Ontario.
The main reason was to look at a Schultz tombstone in the local cemetery. It has been there for a number of years and had no names on the stone. Either side of the stone there are three markers. One say Mother 1873-1952, the second says Father 1867-1939, the third reads Wilfred 1903-1937. 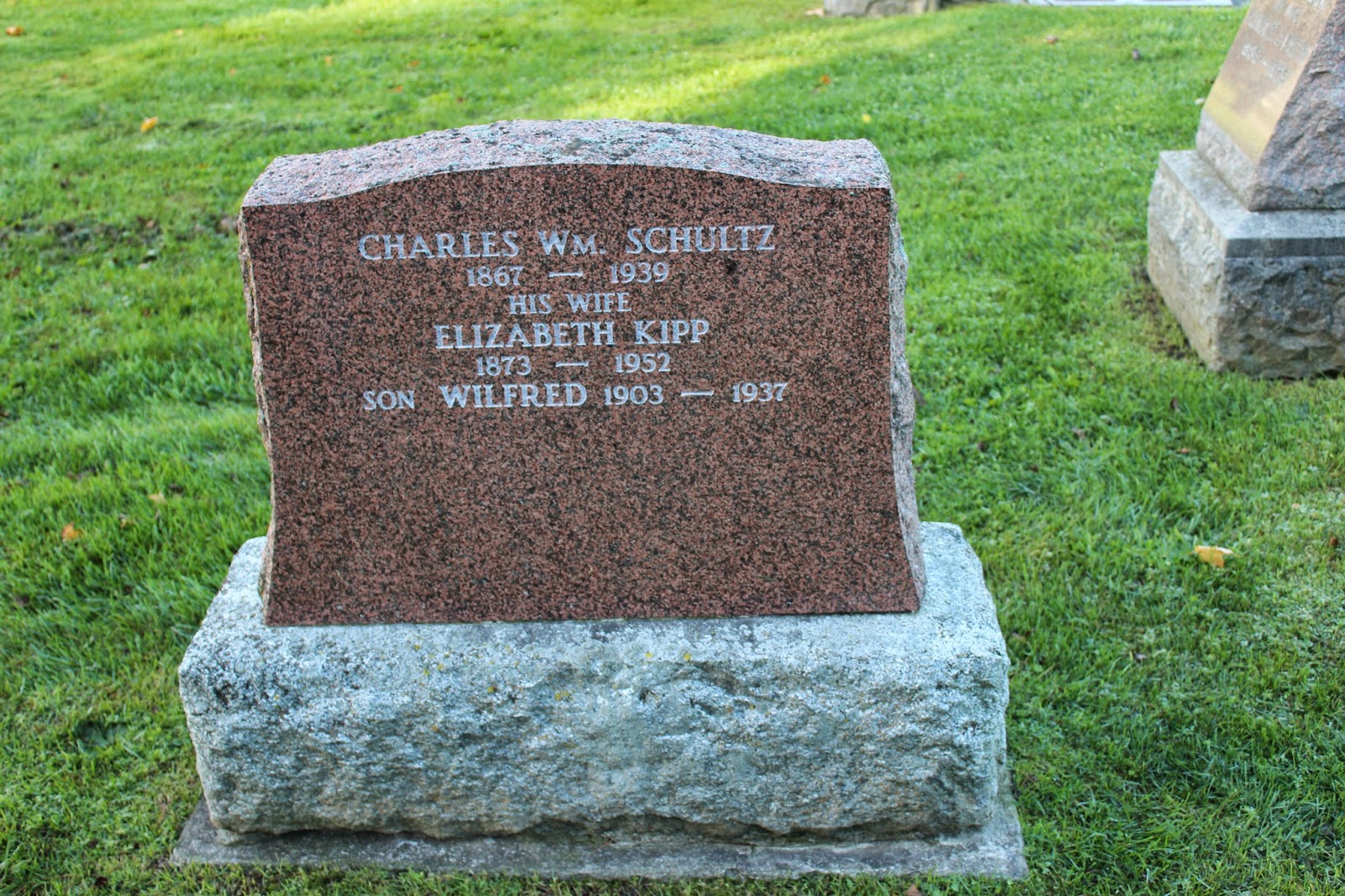 In reality Mother and Father are Elizabeth Kipp and Charles William Schultz, my 1st cousin once removed and granduncle respectively.

At the September 2013 Schultz reunion, it was decided to add their names to the stone. This was approved at the 2014 reunion and completed. The lettering looks great and now it is easy for relatives to know who rests there.